‘I’m not really sure I like this…’ I listened to the song again. And again. It definitely intrigued me. 50 plays later I’d made up my mind. ‘Alright With Me’ by Wretch 32, featuring Anne-Marie, was a great track. Anne-Marie’s vocal performance had hooked me when I heard the track for the first time through the cheap speakers in my car. I spent the next day or two thoroughly thrashing ‘Alright With Me’ through a decent sound system, then went looking for other music the singer had been involved with.

Instrumentation is the outfit

‘Rumour Mill’ by Rudimental, featuring Anne-Marie and Will Heard, also took a few listens to grow on me. I found the album version first, but the ‘acoustic’ performance I discovered digging through old video’s on Rudimental’s YouTube channel really got me excited. They didn’t simply copy the album version, but captured the heart of this Dance/Electronic song by playing a live version with real instruments.

The slower tempo of the live performance suits the acoustic arrangement. The main melodic riffs are played, but with different instruments. The first time I heard the track on the album I was caught by the full, plucky synth line. The live version plays the familiar riff slapped on the bass guitar, and when Will Heard starts singing, all the instruments cut. This doesn’t happen on the album, but it’s a cool addition to the live performance. My favourite variation hit me on the offbeat when the instruments jumped back in. ‘That wasn’t in the recording!’ I thought, paying closer attention to the funky guitar line that hit the accents with the rest of the band. The guitar continues throughout the piece, drives it along, and gives some harmonic interest in the higher register. I love how Rudimental mixed up the instrumentation to fulfil the role of the synth line on the album. It’s the same song, but with elements unique to this performance. It’s like the track’s gone and dressed all casual. As a listener, I didn’t get to hear the funky electric guitar on the album and I don’t want to miss out on that. I’ll listen to both.

Your performances need to be fresh

A live performance gives you an experience you can’t have listening to the album. It might not sound as tidy and well produced, but that’s not the point. The live expression, the artists interpretation, that’s what’s interesting. Ed Sheeran does a great job of this. There’s always something you haven’t heard before. This live version of ‘You Need Me, I Don’t Need You’ is over twice as long as what you hear on the album!

Ed performs solo, so he’s limited with what he can do live. Rather than trying to recreate his album performance, he plays to the unique features of his loop pedal and creates some extremely interesting and dynamic arrangements. As a listener you hear the same song, but experience it in a new way.

Your audience wants to hear your version

A few years ago I would have said no one can cover Michael Jackson. ‘MJ did it better,’ I’d think after every attempt I heard. I changed my mind after hearing a girl sing ‘Smooth Criminal’ as a slow ballad. She wasn’t the best singer, or the best guitar player. Her performance wasn’t recorded, and I’m never going to get to hear it again. But it stuck with me. Years later, I still consider it to be one of my favourite covers of any Michael Jackson song. Why? She kept the essential elements of the song while making it her own. She didn’t play Michael Jackson’s ‘Smooth Criminal’. She played her ‘Smooth Criminal’.

I find many students struggle with the belief that if they aren’t playing a song exactly like the artist, they’re not playing it properly. They try and copy exactly what Ed Sheeran does in the recording, and it doesn’t sound great. They’re not playing it badly, but they don’t have a band backing them. Even though they try really hard, it ends up just sounding like they’re trying to copy the recording. They audience hears something they’re familiar with, only missing a few parts. They end up comparing the performance to what they know. ‘Ed does it better,’ they walk away thinking. Don’t give your audience a bad performance of Ed’s version, give them a memorable performance of your version.

A successful cover of a song gives the listener a new experience. They appreciate the track in an entirely new way, and leave praising your creativity. They don’t feel a need to compare you to the original. You weren’t trying to be the original. Here are some questions to ask yourself when you are thinking of doing a cover of a song:

Music technology can supercharge your performance

Let’s be clear, using technology to help you perform live is not cheating. Ed Sheeran has sold out stadiums with his live performance experience. He doesn’t have a drummer, a bass player, or any form of band. But he recreates all the essential elements of his tracks with one man, one loop pedal, and one guitar. If you don’t have a loop pedal, experiment with what you do have.

Three of my favourite iPad apps that allow you to create or trigger sounds on the fly include:

I’m a strong believer that any combination of instruments can play any song ever. Two drum kits, an oboe, a piano accordion? I’d love to hear someone do something with that. One violin, two iPads, and a 12-string guitar? Bring it on. These combinations of instruments may mean you have to think hard about your instrumentation. But once you’ve thought through the key features of the song and pieced together your arrangement, you’re definitely going to have a compelling performance.

Your audience didn’t come to hear someone else. What are you going to do with the song? 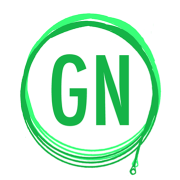